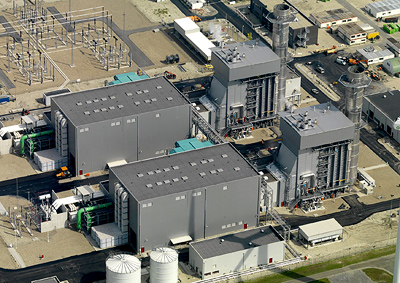 The Enecogen gas-fired power plant in the Netherlands is ‘gathering dust’ as coal and wind energy continue to dominate.

Financielle Dagblad reports that the Siemens-built Rotterdam plant, the cleanest gas power plant in the country, is completely underutilised due to subsidised German wind energy and low coal prices.
Dong Energy opened the plant in Europoort a year ago but hopes that it would power over 1.4 million households have failed to materialize.

Dong says its plant has operated for just 690 hours since opening, out of 8,760 potential hours.

The paper says energy firms can buy electricity at around €45 per megawatt hour, while the gas needed to produce this much energy costs over €50.