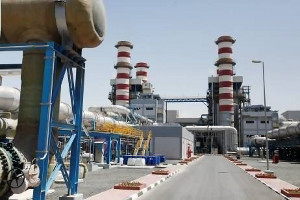 Dubai’s state-owned utility has shortlisted eight companies in a tender for the construction of a 1200 MW clean coal-fired power plant, UAE officials have announced, although the names of the companies were not released.

The Hassyan plant is to be sited in the Saih Shuaib area on the Gulf coast. Its output will be sold to the state-owned utility, Dubai Electricity and Water Authority (DEWA), under a long-term power purchase agreement. The project’s first phase will have a capacity of 1200 MW and is expected to be operational by summer 2020.

According to law firm Eversheds, the project’s choice of fuel is significant since there are no existing coal supply arrangements or infrastructure in place. In addition, it represents the first independent power project in the Emirate since a gas-fired power project was suspended late in the procurement phase in April 2012 after demand forecasts were revised.

The plant will represent part of the $20bn that the Emirate has allotted toward diversifying its energy mix by 2030 under its Green Economy for Sustainable Development initiative. A DEWA executive told the Reuters news service that the clean coal project could cost more than $2bn. After the tender closing date of 26 November, the project’s costs will be calculated more precisely.

Dubai’s energy plan also includes a DEWA tender for the construction of a 100 MW solar power project, for which the utility has shortlisted 24 companies.

The bidding process for the solar project is expected to finish by the end of October. In May, Chinese solar panel manufacturer Yingli Green Energy Holding said it was considering submitting a bid.

According to CEO Saeed Mohammed al-Tayer, DEWA also plans to add around 600 MW of additional capacity to its gas-fired ‘M-Station’ power production and desalination plant (pictured).

“We expect the total investments in those three projects at more than $20bn,” he told the Reuters news service.

“The Hassyan project reflects our commitment to the vision of HH Sheikh Mohammed bin Rashid Al Maktoum, Vice President and Prime Minister of the UAE and Ruler of Dubai, and the Dubai Integrated Energy Strategy to diversify the energy mix by 2030 to comprise 71 per cent from natural gas, 12 per cent from nuclear power, 12 per cent from clean coal, and 5 per cent from solar power,” al-Tayer said.

“Pioneering projects like this one complement our efforts to carry out energy projects that meet increasing demand for energy in Dubai and support sustainable development,” he added.