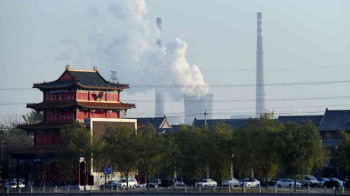 For the first time since the 1990s double-reheat cycles are re-emerging to assist coal-fired power plants meet modern operational challenges.

Although double-reheat cycles can significantly improve the electrical efficiency of pulverised coal combustion (PCC) plants, most use single-reheat cycles.

The IEA Clean Coal Centre notes that surprisingly, no double-reheat units have been commissioned since the 1990s. Now, as primary energy costs rise, more stringent emission limits are put in place and advances are made in thermal power engineering, double-reheat cycles are coming back into the spotlight, especially in China.
Until the 1950s, a single circuit of steam passed through the boiler and turbine of PCC power plant. Then a single steam reheat loop was introduced which increased the electrical efficiency by a few percentage points. The reheat loop requires additional boiler and turbine components, which raises capital costs, but savings are made in fuel consumption. In the late 1950s, a second reheat loop was introduced. This double-reheat has an electrical efficiency one to two percentage points greater than a single-reheat system.

The Chinese growing demand for electricity, has led to the planned commissioning of 10 GW of USC double-reheat units in 2015 alone. As of mid-2015, Guodian Taizhou power plant has two double-reheat units, which are the largest double-reheat unit size in the world at 1000 MW each and have set a new world record in electrical efficiency at 47.94 per cent.

The peak performance of double-reheat technology was set at Nordjylland unit 3 in 1998, with ultra-supercritical (USC) steam conditions of 582°C/580°C/580°C/29 MPa, and a world record in electrical efficiency of 47.2 per cent.

Since the 1990s there has been improvement in the quality of the equipment.

Improved plant configuration to reduce the length of pipework can also increase unit efficiency and reduce capital costs. Waigaoqiao unit 9 in China plans to mount the higher pressure steam turbine modules at the same level as the boiler steam headers outlets and the lower pressure turbine modules in the conventional turbine house to reach roughly 48.9 per cent net electrical efficiency.

Kyle Nicol concludes in his latest report for the IEA CCC, (Application and development prospects of double-reheat coal-fired power units, CCC/255): “Double-reheat technology is a proven technology for high efficiency and low emissions (HELE) power generation. When designing a new pulverised coal fired power plant, the decision to opt for double- or single-reheat is based on an economic trade-off between capital cost and fuel cost”.