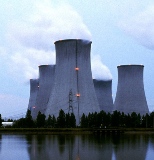 A cornerstone of the UK decarbonising its power sector is to switch from coal to biomass or gas and build a wave of new nuclear and renewable power infrastructure in the 2020s, according to a report out today.

The report has been compiled by independent think tank Carbon Connect and is part of an on-going 12-month, cross-party inquiry into the future of UK electricity generation.

It argues that significantly decarbonising the power sector by 2030 is the key to solving the energy trilemma of securing energy sustainability, security and affordability.

It states that switching the UK’s reliance on coal to gas while using fossil fuel power stations increasingly for backup will be the most viable method of achieving this.

The report, Future Electricity Part 1: Power from Fossil Fuels, warns that the future of many coal power stations is uncertain and could lead to high carbon emissions in the 2020s, at a time when they should be rapidly cut.

It says switching from coal to sustainable biomass or gas would solve this, although “it is also important that significant investments are made in energy efficiency and building new nuclear, wind and biomass power stations”.

It also highlights the importance of carbon capture and storage in keeping fossil fuels in the energy mix, but also in decarbonising industry. The report acknowledges that the UK has one of the best CCS programmes in the world, but warns that government support for CCS will not be sufficient to meet carbon targets most cost effectively.

Inquiry co-chair Charles Hendry, a former UK energy minister, said: “Rhetoric in the energy debate has frequently sought to exploit political divides, often ignoring areas of consensus and driving political uncertainty. This uncertainty has far-reaching consequences in a sector where power stations are built and operated by companies, often with international portfolios and investment opportunities.”

He added: “Consensus amongst politicians and parties is therefore particularly important in keeping investment flowing and the costs of finance down.”

His inquiry co-chair, Baroness Worthington (pictured) ” the opposition Labour party’s House of Lords’ spokesperson on climate change and founder of emissions trading campaign group Sandbag ” said that “the future of gas has dominated the energy debate in recent months, but this report restores much needed balance by clearly showing the uncertainty surrounding the future of UK coal power stations”.

She said that there are “risks of prolonged high carbon emissions from both coal and gas power stations”.

“Fossil fuels will continue to make a contribution to our energy mix for some time but this cannot come at the expense of our leadership on climate change. This welcome and detailed report explains the importance of investing in carbon capture and storage to provide a future for fossil fuels and also touches on other solutions such as demand reduction and biomass conversion.”