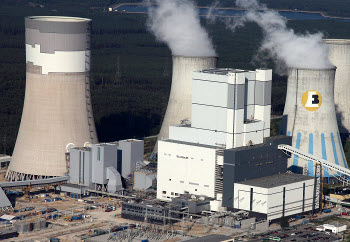 A list of Europe‘s most polluting coal-fired power plants, termed the ‘Dirty 30’, has been released by a coalition of environmental groups.

A new report from groups including WWF, Climate Action Network (CAN) Europe, à‚ the European Environmental Bureau (EEB) and the Health and Environment Alliance (HEAL) takes several countries ” notably the UK and Germany ” to task over the mismatch between their stances on tackling climate change and their emissions.

Jenny Banks, a WWF-UK energy and climate specialist, said, “Our political leaders are justifiably proud of their record on supporting tackling climate change on the global stage. But they must make sure they’re not saying one thing and doing another.”

According to the report, 18 of Europe’s 30 most polluting power plants are located in Germany and the UK. Germany also emerged as Europe’s number one coal user, with Poland second and the UK third. à‚

The report blamed Europe’s rising coal use on both cheap coal prices and the EU Emissions Trading Scheme’s (ETS) low carbon price. Also, as more renewable energy comes online ” especially in Germany, the EU’s renewables leader ” aging coal-fired power plants are less likely to be shut down on schedule, as they will be needed as balancing capacity. The report argues for strict EU emissions standards to limit these older plants’ negative effects on climate change mitigation efforts.

Alternatively, the World Coal Association has said that, rather than stricter emissions limits – which Poland has argued would place an “undue burden” on its economy – increased use of high-efficiency, low-emission ‘clean coal’ combustion technologies could help Europe meet its climate targets.

The ‘Dirty 30’ list includes nine power plants in the UK, nine in Germany and four in Poland. According to the report, Europe’s most polluting power station is the 5298 MWe Belchatàƒ³w lignite-fired plantà‚ (pictured), with carbon emissions of 37.18 Mt/a in 2013. The plant came online in 1982. An additional unit was added in 2011, making it Europe’s largest thermal power station.à‚