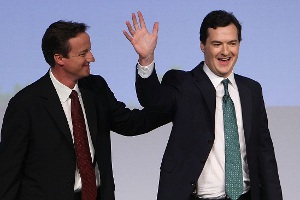 Prime Minister David Cameron has called a meeting to engage key energy industry policy makers on how to address the problem of the country’s energy supply problems.

Meanwhile the Daily Telegraph is reporting that energy companies will face tougher penalties if they fail to build promised power plants, under new rules designed to ensure the Government’s scheme to keep the lights on actually works.

Financial Times reports that David Cameron, George Osborne, the chancellor; Amber Rudd, the energy secretary; and Oliver Letwin, ‘one of the prime minister’s top trouble shooters’, will meet next week to discuss the problem.

Much of the problems associated with the UK‘s energy crunch are down to consecutive closures of the country’s coal-fired power stations, without being adequately replaced. In addition a capacity auction to build up extra generation capability saw only one successful bidder, who has since had to concede great difficulty in attracting investment.

Due to make her first major policy speech as energy secretary Amber Rudd has overseen the scaling back of subsidies for renewable power generation, adding to fears that the country is on the cusp of suffering blackouts as a result of lack of capacity.

She insisted on Thursday that she would “keep the lights on” despite the fact that peak supply this winter will be only slightly above peak demand. Figures released by National Grid showed that the buffer between the two is just 1.2 per cent, which will grow to 5.1 per cent after the company has taken emergency measures to increase supply and reduce demand.

These measures mainly involve bringing mothballed power plants back online, but the grid operator has also paid companies to power down or move to back-up generation at key times.

Figures released by the company on Thursday showed it has persuaded businesses to save enough electricity to power a city the size of Bristol over the winter à¢€” though it expects only to use around a quarter of that. Steve Holliday, National Grid’s chief executive, said: “[These reductions] can help us dampen down those sharp peaks in demand.”

The only successful bidder of December’s National Grid auction, Carlton Power confirmed this week that its proposed new gas plant at Trafford, Greater Manchester, was behind schedule and had no financial backers.

According to the Telegraph, the company faces a penalty of à‚£5m per 1GW capacity and losing its contract if it fails to take a final investment decision on the promised plant by next summer – 18 months after securing the contract.

Under the new rules, there will be much tougher checks that companies have financing plans in place before they even compete for a contract, and the potential penalties for non-delivery will now increase to à‚£10m/GW 11 months after signing the contract, and à‚£15m/GW after 16 months.

A developer that fails to deliver a promised plant will also be barred from entering the same project into the capacity market for two years.

Ms Rudd suggested on Thursday that she would be prepared to offer more incentives for new power plants. She told journalists in Westminster: “We would like more investment in infrastructure, and we will be addressing that.”

Government officials told the Financial Times they are considering changing the rules of the capacity auction to encourage more new building.