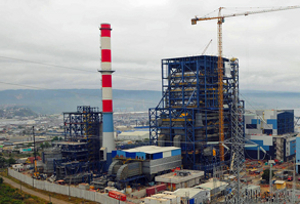 Endesa Chile has had to put its new 350 MW Bocamina II coal-fired power plant on hold to comply with a request from the country’s appeals court.

The Concepcion Court of Appeals in Chile is studying objections by local fishermen who say the coal-fired complex has polluted the area and it could take until March for the verdict on the plant to be delivered.

Meanwhile Endesa said it was analysing legal avenues for the suspension to be lifted.

“The plant’s operation has not had an environmental impact different to what was outlined in its environmental permit,” Endesa said in a statement. “The plant is of crucial importance during a fourth year of drought, as it makes up for lower hydropower generation and stabilizes spot (power) prices.”

According to Reuters, the government estimates that 8000 MW need to be added to Chile’s 17000 MW of power production capacity by the end of the decade.