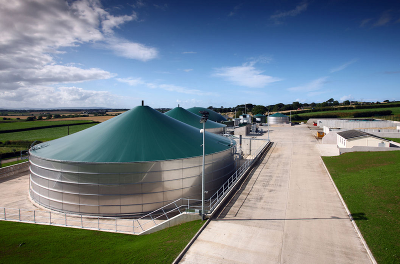 Wednesday morning’s ‘Regulation and the Marketplace’ panel discussion at POWER-GEN Europe in Amsterdam got off to a lively start with a presentation from Randy Mott (pictured), President of Polish biogas- and geothermal-based combined heat and power (CHP) project developer CEERES and Vice-President of Poland’s biogas association.

“My thesis,” he said, “is that Europe’s new guidelines for support for renewables à¢€¦ are designed almost entirely to reflect the position of big utilities” and constitute “a major effort to push back the problems ‘the big guys’ have had with renewable and distributed energy” and to salvage their economic model, which is “in major trouble”.

“The big utility lobby has more clout behind closed doors than it does in the court of public opinion,” he continued, while “green lobbying is compromised by the fact that every renewable energy association has members that include big utilities that own renewable energy projects.” As a solution to this problem he proposed the creation of a Brussels-based ‘green energy alliance’, of which “you can’t be a member if you have coal, nuclear or gas”.

Mott criticized the European Commission’s approval of national capacity auctions as “not best suited” to address the fact that 19 member states are not on target to meet 2020 climate obligations and “more than 19 will have problems for 2030”. Rather than being a coherent mechanism, he said, auctions are “a box of loose gears” which contain a “basic fallacy”; their success is “only a theory, and very seldom works”. He noted that companies bid low in order to win, with the result that “two years later, they can’t [afford to] build”. Of the projects awarded in the UK’s auction two years ago, he noted, none have been built. “If you get 70 per cent of what’s awarded built, that’s a victory,” he said, “but you won’t know until two to three years later”. So, he said, you can have auctions where “nobody bids, or where the number of bids is insufficient to be competitive”.

Auctions, he added, are “only competitive on price per kWh ” there are no other considerations. What happens to a market if the only factor in deciding the product is the price? You get crap ” and that’s what we’ll see in the renewable energy business. You’ll get no premium for a great wind turbine with super sound reduction or biogas with extra odour control ” those are extra costs. So the system manipulates so price is the only consideration, which excludes product improvement, development and collateral benefits.”

The auction system, he said, is “the most anti-competitive thing the Commission could have done”. While it assumed technology parity, a study from Ecofys said there is an eight-fold difference in cost per kW among renewable power technologies. There is “no one-size-fits-all auction that would be fair and get a reasonable cross-section” of technologies, he said. “Auctions always reward the dominant market players” as they have a “low cost of capital and lower IRR expectations. Smaller projects and smaller players are seriously hampered by higher risk and front-end cost.” Even those who support auction mechanisms, he said, “say they discriminate against smaller projects.”

Auctions, he concluded, “are the ideal mechanism to restrict competition, if that is the objective”.

As for the policy impact on Europe‘s 2020 climate and renewables targets, he said “these changes create enormous uncertainty and have already affected investment last year ” the growth of renewable energy in Europe has stopped”. Given that the time from auction to construction can be between 12 and 36 months, he said this policy “cuts the pipeline and the finish line for 2020”.

He concluded that European policy “seems to be a deliberate effort to cap renewable energy and deal with it later, because maybe later the big utilities will have a better way to manage it”.

In terms of distributed energy, he said the Commission’s guidelines require that power produced above 500 kW be sold to the grid, but for wind projects that number jumps to 3 MW. “The benefits of distributed energy don’t end at 500 MW,” he said, but it is “a threat to the [utility] business model” and the utilities “need to cap how much goes around”. While European policy officially encourages the development of distributed energy and the local use of local energy, “this principle is frustrated by the EC guidelines in this area”.