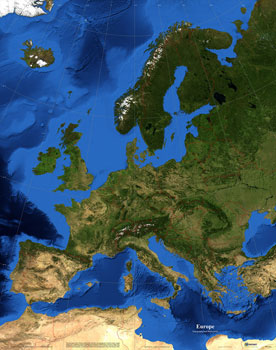 The management consultancy have compiled a report that includes the warning that the over emphasis on green power generation and the simultaneous shutting of gas-fired power plants is a cause for concern if temperatures drop of a sustained time.

Gas-fired generators are running at utilisation rates that are too low to meet their fixed costs as grids favour subsidized renewable power. About 60 per cent or 130,000 megawatts of Europe’s gas-generation capacity is at risk of closing by 2016, it said, citing IHS Inc. (IHS) estimates.


“These plants — that are indispensable to ensure security of supply during peak hours — are being replaced by volatile and non-schedulable renewable energy installations that are heavily subsidized,” according to the report, produced with Exane BNP Paribas, law firm CMS Bureau Francis Lefebvre Lyon SELAS and think tank VaasaETT.

In addition to those issues, power generators in the EU have opted to take on cheap US coal, which is suffering due to the American shale gas boom.

The collapse of the cost of carbon credits has strengthened the appeal of the polluting fuel.

The consultancy urged reform of the emissions-trading system to boost the price of emitting carbon. It also called for a coordinated European capacity market to pay plants to ensure there’s enough capacity in reserve at periods of high demand.

“Without longer-term economic incentives to invest in new and vital energy infrastructure and in the face of a declining utility margins and revenue, longer term security of energy supply could be in jeopardy,” Colette Lewiner, energy adviser to Cap Gemini’s chairman, said in the report.