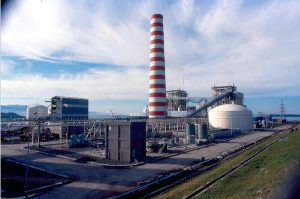 Coal-fired plants will continue to supply a significant share of India’s baseload power through 2047, a new report predicts.

In a recent study titled Energizing India, the National Institution for Transforming India (NITI Aayog) and Japan’s Institute of Energy Economics said coal’s share in India’s energy mix would stay between 42 and 50 per cent for the next 30 years, providing baseload power along with nuclear.

The nation’s ambitious renewable energy goals “have been taken into consideration” in the report, the authors noted.

Although India boasts the world’s fourth largest coal reserve, the country will achieve peak domestic coal production in 2037 according to the study, and will then rely increasingly on imports. Under a business-as-usual scenario, coal imports could rise from 17 per cent in 2012 to 65 per cent in 2047.

India is predicted to have 333 coal-fired power plants installed in 2047, up from 125 in 2012, under the business-as-usual scenario. Under an ambitious scenario, that number could rise to 459.

However, in order to meet its climate goals under the Paris Agreement, half of India’s coal power capacity will need to use supercritical technology by 2047 according to the report. In 2015, supercritical plants accounted for 11.5 per cent of all coal-fired capacity.

Meanwhile, gas-fired power’s share will rise to between 22 and 26 per cent by 2047, the report said, from its present share of around 4 per cent.

Firms such as Reliance Power, Adani Power and the National Thermal Power Corporation of India (NTPC), which is state-owned, have reportedly asked the government to extend the deadline for retrofitting their plants to comply with the new standards.

If financial support is not forthcoming, the companies reportedly said substantial tariff hikes would be necessary to pay for the retrofits according to internal documents seen by the Reuters news service.

One such document, a letter from NTPC to the government, said the firm would need around $8bn to upgrade its 28 coal-fired plants across India.