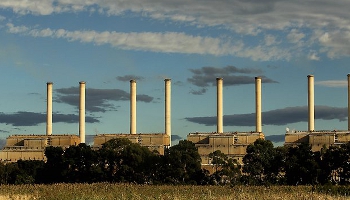 Coal is to remain a significant part of Australia’s power mix until 2035, according to a study released by the University of Queensland this week.

Presently coal power generates 80 per cent of Australia’s electricity, and the study implies caution about drastically reducing the fossil fuel from the country’s menu too soon.
The research concludes that coal power generation could be eventually halved, but added that it would take decades for transition to clean energy to take place.

John Foster, co-author of the study and professor of Economics, said that despite the high carbon price at A$23 per tonne, the country’s power system is not on track to reduce GHG by 80 per cent to meet Australia’s 2050 emission targets.

“When you look into the engineering and all the details, you realise what a long time it takes to make these transitions – 20, 30, 40 years is the kind of time scale that you’re talking about. To get 80 per cent by 2050, we’d have to be starting right now with a fairly dramatically important shift,” ABC quoted Mr Foster.