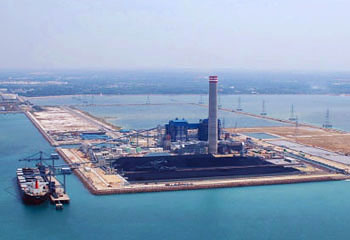 An official with Thailand‘s Electricity Generating Authority (Egat) has said building new coal-fired power stations is the only viable way to secure the country’s energy supply, the Bangkok Post has reported. à‚

Egat‘s assistant governor for power plant construction, Wiwat Chancherngpanich, cited uncertainty over gas supplies given that Thailand’s domestic reserves are set to run out around 2020 and Myanmar, Thailand’s principal supplier, reserves most of its gas for its own use.

“Although we have attempted to increase renewable energy due to environmental concerns,” he said, “we do need to accept the fact that the power output is not stable. We want to increase use of more stable sources of energy to prevent an energy crisis. There is nothing better than coal as the current choice.”

Thailand’s energy consumption has been growing by an average of 3 per cent per year, and the nation wants to move away from its heavy reliance on gas-fired power. Currently Thailand gets 68 per cent of its power from gas, 9 per cent from coal and the remainder from other fossil fuels and renewables, notably hydropower and solar photovoltaics (PV). Egat’s Power Development Plan for 2012-2030 aims to cut gas consumption to 58 per cent by 2030 and grow renewables use to 25 per cent. Egat has said it will spend around 300bn baht ($9.2bn) in the next six years, primarily on upgrading transmission infrastructure and building new coal-fired power plants.

Under the plan, 4.4 GW of coal-fired power capacity would be added by 2030, with an 800 MW plant scheduled to come online in 2019 and a 2 GW plant in 2025. These plants will use high-grade bituminous coal imported from Indonesia and South Africa and will feature the latest emissions reduction technologies, Chancherngpanich said.

Environmental activists in Thailand have opposed the construction of new coal-fired power plants, while a significant portion of the public is reportedly concerned about health and environmental impacts. Egat has offered press tours to high-efficiency coal power plants in Germany to show that the technology is safe.