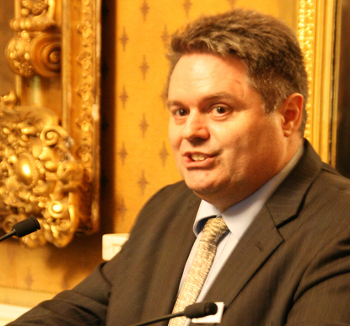 The head of the World Coal Association says that leaders are wrong not to give more consideration to investment in clean coal technology and that doing so ignores coal’s positive role in economic development and poverty reduction.

Milton Catelin, Chief Executive of the World Coal Association, told Power Engineering International that the key question for the world should not be how to phase out coal but how to access the its benefits while minimising climate impacts.
“Coal has fuelled national and global economies and will continue to play a critical role for the foreseeable future. This is good news for economic development and poverty reduction,” he said. “It is precisely because coal will continue to be used that the world needs to invest in high efficiency, low emissions technologies, and eventually carbon capture use and storage (CCUS).”

Catelin is highly critical of how governments view coal-fired power, and said that leaders should look to the example of Japan, which recently announced that it was stepping up its support for coal in developing nations.

“Governments are basing decisions on incorrect facts and political correctness. Public policy in all areas – and on energy and the environment in particular – needs to be based on science and facts, no matter how inconvenient those facts are. We should be applauding the Japanese government for encouraging the adoption of the most efficient coal technology as a realistic way to cut CO2,” Catelin said.

“Despite inaccurate forecasting, there remains both a fundamental and substantial demand for coal globally. Large scale infrastructure projects to everyday energy needs at home or the office are met by coal. According to Greenpeace, coal fuels the majority of the world’s data centres. IBM, Facebook, Microsoft, Twitter Google, Yahoo – all run data centres fuelled by coal.”

Global supplies of coal look set to far outlast other fuels and the chief lobbyist says the world needs to get to grips with the positive implications of coal.

At current rates of consumption, the IEA forecasts that coal will last 142 years, compared to 61 years for gas and only 54 years for oil.

“Energy efficiency through the use of advanced coal technologies and CCUS are part of the consideration,” Catelin emphasized to PEi. “The most important near-term action to reduce CO2 emissions is to increase the efficiency of coal-fired power plants, since a 1 per cent point rise in plant efficiency equals a 2-3 per cent decrease in CO2 emissions.  However, most national policies, and multilateral development banks, ignore the potential of increasing coal plant efficiency.”

Coal’s critics are vehement on the polluting effects it has as a source of power generation, but Catelin is keen to get across that the use of coal and the lowering of emissions are not mutually exclusive.

What is most unfathomable to policymakers at present is the prospect of coal being supported to contribute to a lower carbon future, a view Catelin strongly (and unsurprisingly) advocates. On top of that, he points to the innovations already being made that can justify any future investment.

“Real solutions to climate change will only come through technological change and action on all low carbon options. A low emissions pathway does exist for coal, but it requires the collective investment in advanced coal technologies by governments, policymakers, development banks and the international community. The global coal industry stands ready to support development along that pathway.

“We don’t ‘push’ particular clean coal technologies over others.  However, recent news coming out of the US on chemical looping looks promising. This process removes up to 99 per cent of pollution from coal, including greenhouse gases. Conventional combustion is a chemical reaction that consumes oxygen and produces heat, but also carbon dioxide. Chemical looping heats coal using iron-oxide pellets for an oxygen source and contains the reaction in a small, heated chamber from which pollutants cannot escape. The only waste product is therefore water and coal ash — no greenhouse gases.”

The most negative publicity the coal-fired power sector is currently experiencing can be found in China, where the government has been forced to reexamine the place of coal in powering its economy, as smog chokes its cities.

Again Catelin points to the innovations being carried out in China, which point to coal continuing to be a pragmatic option, not yet ready to be consigned to the past.

“China’s National Institute for Clean and Low Carbon Energy (NICE) is working on a promising technology for coal refining. Depending on local geology, coals could have from 15-40 per cent of moisture content and 3-20 per cent of ash content. The technology that NICE is developing would mean that most of the water and ash can be removed before coal is even shipped or used in a power plant,” he said.

“Coal refining could also remove other impurities such as mercury and sulphur,” he added. “This technology could be a game changer for coal.  However, the best earliest action on mitigation that could be undertaken now with off-the-shelf technology would be to raise the global average efficiency at coal power plants from their current 34 per cent to 40 per cent.”