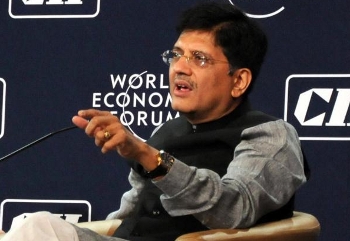 India is unlikely to be affected by blackout this summer after a leap in coal output from mining operations.

Coal stocks at coal-fired power plants have jumped 38 per cent as Coal India posted its biggest volume gain in output in 2014/15. The state firm has 53 million tonnes on hand before summer demand peak.

Modi promised power to all of India’s 1.2 billion people by 2019. Coal-fired power stations now hold 28 million tonnes of coal. His mandate was well received as the country sought to avoid a repeat of the 2012 blackout caused largely by a shortage of coal plus outdated transmission lines and an over-burdened grid.

Modi delegated responsibility to Piyush Goyal, an accountant and investment banker, to head up a power and coal super-ministry with a remit extending from the coal face to household power supplies.

One of Goyal’s first acts was to get Coal India to open the remote Amrapali mine in India’s eastern region. This had been delayed for a decade due to poor rail links.

In another breakthrough, for the first time in the company’s history, Coal India has allowed power companies to pick up coal directly from the mine by truck without signing any long-term fuel supply agreement.