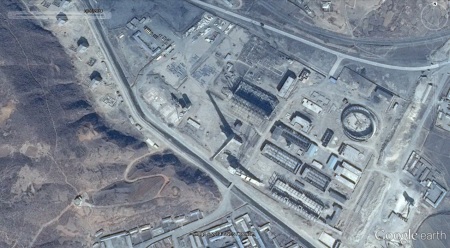 The North Korean government is attempting to address its chronic power shortage problems through the construction of a coal-fired power plant outside its capital, Pyongyang.

The Kangdong Thermal Power Plant’s ongoing development has been tracked through commercial satellite imagery.
In a report on the website 38 North, US researcher, Curtis Melvin, from the US-Korea Institute at Johns Hopkins School of Advanced International Studies, said steady progress has been made on key facilities such as a distinctive cooling tower, employee housing, an electrical switch yard, generator hall, smoke stack and conveyor system for bringing coal into the boiler building.

According to Yonhap news website, the new power plant is expected to be capable of generating up to 300 MW, about 20 per cent of the capacity of the Pukchang Thermal Power Plant, the North’s largest coal-fired power plant. The new power plant may be an attempt to supplement the aged Pukchang complex.

Construction continued despite North Korean leader Kim Jong-un’s calls in his New Year’s address for producing more electricity “with priority given to hydraulic resources and by using wind, geothermal, solar and other kinds of natural energy,” Melvin said.

“Though Kim Jong-un has not yet made energy policy one of his public priorities, continued construction of the Kangdong Thermal Power Plant indicates that energy security remains an important goal of his regime.”