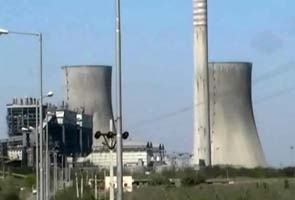 A coal-fired power plant in India’s Maharashtra state has been shut down due to water shortages, while the commissioning of a new unit at the plant has been postponed.

According to news reports, the 1130 MW Parli power plant (pictured) in the city of Beed was due to commission a 250 MW unit in March. However, an official with the plant’s operator, Maharashtra State Power Generation Company Limited (MahaGenco), said the unit would now be commissioned during or after the next monsoon season.

“Three 210 MW sets and two 250 MW units at Parli have been shut down since July this year due to lack of water,” the official was quoted as saying.

MahaGenco said it plans to go ahead with the commissioning of 2980 MW of coal-fired power capacity, with three 660 MW supercritical units set to come online at the 2600 MW Koradi plant and two 500 MW units at the 2340 MW Chandrapur station. The company said this additional capacity would enable it to avoid power cuts in the state.

MahaGenco said it also plans to source sewage water from cities near its power plants.

Maharashtra’s government has issued guidelines to local districts to prepare for the acute water shortages it expects due to lack of sufficient rainfall this year.