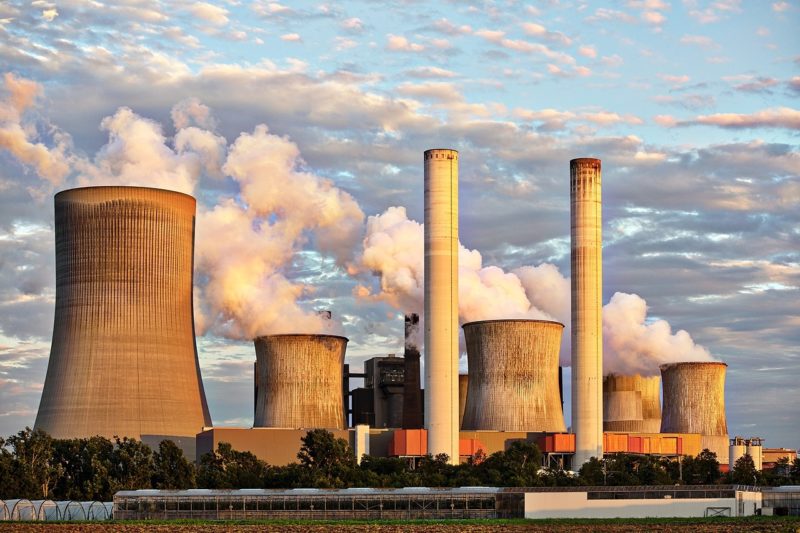 Selenium is a naturally occurring element that, in power plant coal combustion, is released typically in two species, selenite (SeO3) and selenate (SeO4).à‚

These selenium oxides are then captured in ash sluicing or wet flue gas desulfurization (WFGD) streams.à‚  The compounds can enter receiving bodies of water, as illustrated below.

Although selenium is nutritionally essential for animals and humans in very small amounts, it can be quite toxic in higher concentrations.  The element is on EPA’s list of “Priority Pollutants”, and is also one of the four priority parameters, along with arsenic, mercury, and nitrate/nitrite to be placed in the EPA “Effluent Limitations Guidelines” for WFGD wastewaters.  The new proposed discharge limits (under a 60-day review as of 11/4/19) for these four parameters are outlined below.

EPA’s best available technology (BAT) for selenium removal has been biological treatment with adsorption of the oxidized selenium compounds on an organic substrate, and subsequent digestion of the selenium oxides by microorganisms that convert the compounds to elemental selenium retained by the microbes.à‚

These systems are very large and expensive, and they require periodic removal of spent organisms and replenishment of the microbiological substrates. à‚ In fact, the high costs of biological selenium treatment may induce plant shut down, as the economics simply don’t justify the investment to continue operation.à‚  Furthermore, the systems require relatively consistent feedwater to yield consistent results. Another issue that is plaguing many plants, still operating or shuttered, are environmental edicts to close ash ponds.à‚  Several well-publicized incidents that have accidentally released large quantities of ash and water to the environment have brought intense focus to this issue.à‚

But apart from these incidents, pond remediation does not allow for the water to be directly drained to some other receiving body of water such as a river or lake.à‚  Rigorous treatment may be necessary before ponds can be drained and closed.à‚

ChemTreat’s patent-pending process SeQuester offers a physical-chemical alternative to the biological method of selenium removal.  The process utilizes an enhanced adsorptive matrix along with process adjustments to remove selenium, which employs conventional wastewater treatment equipment such as holding tanks and settling & de-watering apparatus.  The configuration can be designed to treat not only direct discharge from wet scrubbers, but also stored ash pond water and collected landfill leachate, at potentially much lower cost than the current BAT methods.  Furthermore, pilot test results indicate that the technology will lower the concentrations of other priority pollutants, including arsenic, mercury, and nitrate.

Selenium has several oxidation states, and thus can exist as a variety of compounds in the environment.  During the coal combustion process, most of the selenium is converted to selenite (SeO3) or selenate (SeO4), with further conversion of SeO3 to SeO4 in most wet-FGD units due to forced-oxidation of the scrubber slurry to convert the byproduct to gypsum (CaSO4à¢Ë†â„¢2H2O).  [B. Buecker and R. Rosinksi, “Enhancing Wet-Limestone Scrubber Efficiency”; Power Engineering, February 2019.]

Selenate is a difficult compound to remove from wastewater.  A method that has previously been employed is to pass the wastewater through fixed media containing microorganisms that absorb selenium compounds and convert the materials to elemental selenium.  Periodically, the spent media must be removed and replaced.  Introduction of fresh microorganisms is required to establish new colonies upon the replenished media.  However, this method requires a large surface area and rigorous attention to ensure that the organisms remain healthy.  As noted previously, the combined capital and operational costs of the biological treatment can be prohibitive, particularly in this era of inexpensive power from other sources or at plants that no longer operate but must close ash ponds and/or treat leachate.  This leads to the big question, “Isn’t any chemistry available that removes selenium compounds, and most notably selenate, from wastewater directly?”  Now, the answer is yes.

A complicating issue with direct selenium removal from power plant wastewater, and especially from WFGD wastewaters, has been the interference of competing ions with the oxidized selenium compounds.  However, with the use of traditional softening precipitation and a special precipitation step, most of the competing ions can be handled as a part of the process.  Precipitates from these reactions are routed to a sludge holding tank.

Once this first stage is complete, the liquid stream is routed to a second set of reaction tanks and is treated with co-precipitating agents that, as the name implies, bond with selenium oxides to form a precipitate that can be removed as a solid.  This step requires some wastewater retention time.  Lab tests and field results have shown that additional metals and metal oxides also co-precipitate in this stage.  These metals include arsenic, mercury, and molybdenum.  The effluent from this stage, containing fine precipitates, is treated with a specialty flocculant in a clarifier.  The solids drop out and are periodically blown down to the sludge holding tank.

The final step in the process is conversion of the sludge to cake via standard sludge dewatering equipment.  Data from Toxicity Characteristic Leaching Procedure (TCLP) tests have demonstrated that this cake is very stable.  Filtrate from the press is routed back to the inlet equalization tank at the beginning of the process.

The initial pilot, at a large East Coast utility, was performed for 11 consecutive days.  Average influent total selenium was 230 ppb (54% as SeO3, 46% as SeO4), and average treated effluent after the process was 4.1ppb Se (as SeO4).

In the above graph, only soluble influent selenium is reported, because the insoluble portion is removed in upstream processes.  The graph illustrates that the SeQuester technology can control total selenium below the 30-day average limit.  Representative samples of sludge from the sludge tank were collected and submitted for TCLP analysis.  Results are shown in Table 3 below.

An advanced physical chemistry technique is now available to remove selenium from power plant FGD, ash-sluicing, ash pond, and landfill leachate wastewaters.  The process also reduces the concentration of other priority pollutants in these water streams and represents an alternative from capital intensive biologically based methods.  The equipment needed is not exotic and is, in large measure, standard to many wastewater systems, i.e., clarifiers, reaction tanks, and filter presses.  It may allow some plants to remain in operation, where the costs of biological treatment processes would have tipped the balance in the other direction.

This article represents a general overview of the new technology.  Straightforward jar testing can be used to initially establish the viability of the process for each individual application, followed by further tests to make a final determination.  Please contact ChemTreat personnel for additional information.

(Disclaimer: Results are examples only. They are not guaranteed. Actual results may vary.)

About the authors: Vladimir Djukanovic is Research and Development Project Consultant with ChemTreat.  He has fifteen years of R&D laboratory experience and thirteen years R&D industrial water treatment experience. He joined ChemTreat in 2008. Vladamir’s experience includes wastewater and process technology support, applications research, and he holds two U.S. patents.  He has B.S. in chemistry from Virginia Commonwealth University.  He may be reached at vladimird@chemtreat.com

Brad Buecker is Senior Technical Publicist with ChemTreat.  He has 36 years of experience in or affiliated with the power industry, much of it in steam generation chemistry, water treatment, air quality control, and results engineering positions with City Water, Light & Power (Springfield, Illinois) and Kansas City Power & Light Company’s La Cygne, Kansas station.  He also spent two years as acting water/wastewater supervisor at a chemical plant.  Buecker has a B.S. in chemistry from Iowa State University with additional course work in fluid mechanics, energy and materials balances, and advanced inorganic chemistry.  Buecker has authored many articles and three books on power plant and water/steam chemistry topics.  He may be reached at bradley.buecker@chemtreat.com.

Dave Karlovichà‚ is a US Navy veteran with over 30 years of experience in water treatment applications supporting both the nuclear and fossil-fired power industries.à‚  His recent focus has been on chemistry to improve both the process side and wastewater treatment of wet flue gas desulfurization systems at plants throughout the country.à‚  He is co-author of ChemTreat’s patent-pending FGD1105 technology to improve SO2à‚ removal and limestone reactivity in wet scrubbers.