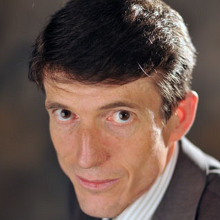 The secretary-general of Euracoal, the European Association for Coal and Lignite, Brian Ricketts says Europe’s energy policy and its ongoing campaign to reduce coal power capacity is counter-productive.

Speaking to the Euractiv website, Ricketts argued that ‘improving the efficiency of coal plants around the world would reduce carbon emissions by more than the Kyoto Protocol targets and conserve our energy resources.’
Sulphur emissions have been reduced by 80 per cent since 1990.  Carbon emissions from the newest coal-fired power plants are 30-40 per cent lower than from the old plants still found in some member states and Ricketts believes this path would deliver better results than policies currently being pursued.

He also pointed to the problem of costs associated with developing renewable power.

“Abundant energy for all means using the cheapest sources as efficiently as possible. Moreover, the wheels of industry are oiled by competitive energy. Yet EU policy is to use more expensive energy: renewable sources such as wind and solar which require 100% back-up. Europe has mistakenly picked these as winning technologies and is building a second energy system that doubles costs.”

Ricketts says technological progress in the form of innovations such as at the ITER fusion project in Cadarache, coal gasification and other technologies can make a more positive impact, economically and environmentally.

The EU coal industry supports a quarter of a million jobs and provides 28 per cent of the bloc’s electricity. Ricketts said coal had an obvious role in guaranteeing Europe’s energy independence, yet is being cast to one side in favour of gas.

“EU policy is being manipulated in favour of gas, even though most gas is imported and adds nothing to the EU economy.  In 2013, we spent around €500bn or 4 per cent of GDP on energy imports: 96 per cent on oil and gas, less than 4 per cent on coal imports from reliable countries.

“Some NGOs are funded by the European Commission and some by the gas industry, so it is hard to view them as impartial or as representing civil society.”

Concluding, Ricketts said that carbon capture and storage (CCS) is a cost worth paying, as it offered a cheaper route to reduced emissions than some of the mature renewable technologies that are still heavily subsidised.