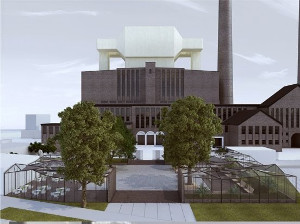 Producing a total of 220 MW with a maximum production capacity of 145 MW for heating and 75 MW for electricity generation, commercial operation is planned to start by the end of 2018, providing district heating to some 70,000 households.

The new multi-fuel boiler will primarily be powered by refuse derived fuel (RDF) and coal but can also use biomass and a mixture of other materials. The amount of RDF can be up to 50% of the total fuel usage. The new plant will replace the outdated existing coal-fired units in Zabrze and nearby city of Bytom.

The contract, awarded by Fortum Zabrze S.A., will see the multi-fuel plant developed at Zabrze in southern Poland. Commercial terms were not disclosed.

Gary Nedelka, Group President of Amec Foster Wheeler‘s Global Power Group said: ‘Our units are capable of firing nearly all solid fuels ” including waste products that otherwise would have been land-filled.’