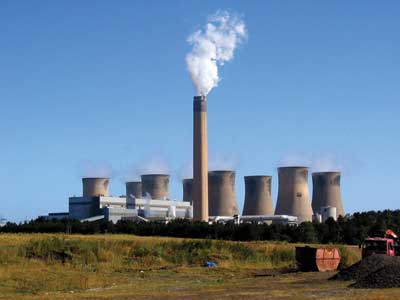 A subsidiary of China General Nuclear Power Group (CGNPG) is bidding to acquire the Eggborough coal-fired power plant in Yorkshire, England, which provides 4 per cent of the UK’s electricity needs.

Last week CGNPG was officially confirmed as a stakeholder in the country’s first nuclear power plant in a generation.

Meiya Power, a subsidiary of CGNPG is in the running to acquire the 2 GW coal-fired power plant in North Yorkshire.

The Daily Telegraph reports that environmental regulations and the carbon tax are likely to force the plant to close down within a couple of years unless it is converted to burn biomass.

Eggborough’s current owners, a consortium including several hedge funds, are seeking a major injection of equity to fund the à‚£500m conversion, or an outright sale.

The plant’s current owners are developing plans to convert three of its four units to burn biomass not coal, with a capacity of 1.35 GW and at a cost of at least à‚£400m. Converting all four would cost more than à‚£500m.

Last week it emerged Eggborough was one of the projects that had pre-qualified to share in à‚£40bn of infrastructure loan guarantees from the Treasury.

If the plant is converted to run on biomass, it will also be eligible for a long-term subsidy contract from the Government to guarantee its revenues.

The current owners are thought to be frustrated at the slow pace of securing both the loan guarantee and the subsidies for the conversion to go ahead.