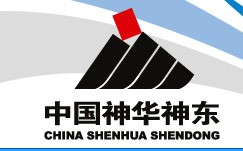 A Guodian executive confirmed during an energy conference that China Guodian and Shenhua Group had applied to China’s State Council for merger approval.
If approved, the resulting entity would be the world’s largest utility provider by capacity, with combined assets of $236bn, according to Bloomberg data, and enjoy unparalleled negotiating powers with state coal and power firms.

“Both Shenhua and Guodian will benefit from the merger. Shenhua can improve its coal-heavy capacity mix, currently 90 per cent, by diversifying into clean energy,” wrote Dr. Frank Yu, a consultant at Wood Mackenzie, in a research note.

Shenhua currently derives about 90 per cent of its power capacity from coal-fired power, while Guodian has invested heavily into hydropower, wind power and solar.

Speculation of an impending merger have been reported since early Summer, causing stocks in both companies to jump in value.

The proposed merger is part of a sweeping set of proposed consolidations in China’s energy sector. China’s state firms have been burdened by mounting overcapacity, which state planners have attempted to remedy in part by merging strong companies with under-performing ones.