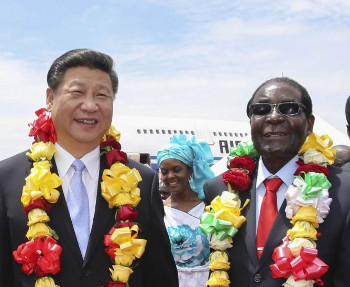 China’s president Xi Jinping is expected to sign four agreements on funding for power generation projects during a visit to Zimbabwe this week.

The first agreement to be signed is expected to be a loan of over $1bn for a 600 MW expansion of the Hwange coal-fired power plant in Zimbabwe’s western region.

Chinese power project developer Sinohydro is to undertake the expansion after winning the contract in October. The project will add two 300 MW units, Hwange 7 and 8, to the existing 920 MW plant, at an estimated cost of $1.5bn.

Zimbabwe’s foreign minister Patrick Chinamasa told the Reuters news service that financial close had been reached on the Hwange deal, and that the agreement would be signed this week.

The funds are expected to come from China’s Export-Import Bank as well as a downpayment from Zimbabwe’s government.