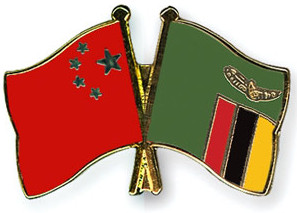 A 300 MW coal-fired power project in Zambia is to be financed primarily by two Chinese banks.

The $828m Maamba mining-and-power project will include structural work on Zambia’s biggest coal mine, owned by Maamba Collieries Ltd, as well as the construction of two 150 MW coal-fired power plants and a new transmission line. The project is planned for completion in 2016.

“We expect that project financing in Africa will take a cue from this transaction of how deals can be structured covering multiple geographies, in the infrastructure space, which is the need of the hour in Africa,” GRK Prasad, executive director of Nava Bharat Ventures, was quoted as saying.

Zambia’s power demand is set to double by 2020 to nearly 3 GW, with most of the demand coming from the copper mining industry which has been hobbled by a lack of sufficient power. In the news this week, the sector reportedly agreed to collectively reduce its electricity consumption by up to 15 per cent in order to alleviate power shortages caused by the nation’s dwindling hydropower reserves.