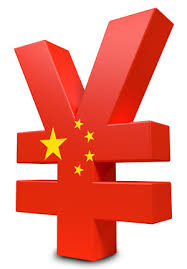 China financed between 11 and 21 per cent of the world’s overseas coal power projects between 1995 and 2015, new analysis has found.

According to a report released this week by the Climate Policy Initiative (CPI), China financed $21bn-$38bn in overseas coal power projects during the 10-year period, with a further $35bn-$72bnà‚  planned to finance new projects.

South and Southeast Asia, the report found, have historically represented China’s major investment focus, with India, Indonesia and Vietnam comprising 60 per cent of its total coal power investment. But in recent years China has diversified its portfolio with multi-billion dollar projects planned in Pakistan, India and Russia. These countries represent over 50 per cent of the total Chinese overseas coal power project financing that hasn’t yet reached financial close, the report said.

Most of China’s overseas project financing to date is debt associated with equipment exports and engineering, procurement and construction (EPC) contracts, the CPI said. This financing is provided by lenders such as China Development Bank and China Eximbank as well as commercial banks supported by export credit insurer Sinosure.

For projects still at the planning stage, the CPI said the share of equity has increased to over 20 per cent of total financing as China’s state-owned companies increasingly look to ‘go global’. à‚

China’s embrace of clean coal an example to follow ” WCA