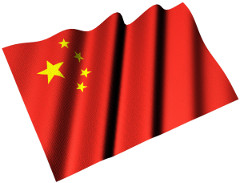 The Beijing government has decided to give the go-ahead for an investment of over $8bn in a huge coal-gasification project.

The project at Xinjiang Uygur is one of four coal gasification projects for which preparatory work has recently been approved.

To date, the National Development and Reform Commission has ratified four coal gasification projects, with a total output capacity of 15 billion cubic meters and an investment of nearly $16bn.

Sinopec is also planning an 8,280 kilometre-long gas pipeline from Xinjiang to Guangdong and Zhejiang provinces, and it will launch a coal gasification project with a capacity of 20 billion cubic meters in Xinjiang.

China’s growing economy has been fuelled largely by coal power generation, with a subsequent rise in pollution.

With the development of new technologies, coal gasification will also become a key sector in the country’s clean energy initiative, analysts have said.

In 2011 global emissions increased by 1 billion tonnes, with 720 million tonnes attributable to China.