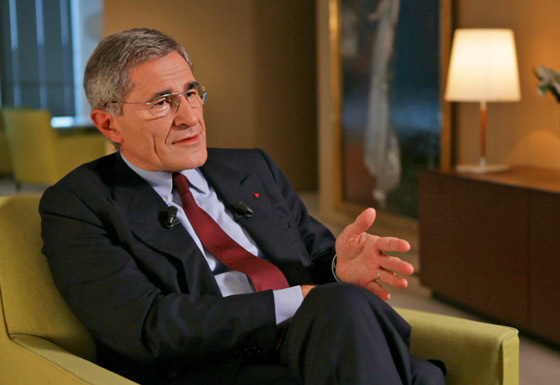 The head of one of Europe’s largest power companies has revealed that the business is aiming to halt all carbon emissions within 35 years.

“Our strategy is expected to be a zero emissions company by 2050,” said Daniel Benes, chief executive of the Czech group, CEZ, which has coal-fired power plants around central Europe.

Mr Benes, speaking at a business and climate change conference in Paris, added, “Coal power plants will still have their place in power generation in the near future,” but it was clear that in the long term this had to change.

Meanwhile Engie (formerly GDF Suez) chief Gérard Mestrallet told the FT at the same conference that fossil fuel electricity generation is on the way out in Europe.
The economics of gas and coal power generation have deteriorated to the point that future growth is more likely to come in big emerging markets such as India and China, rather than the EU, he said.

“The choice we have made is very clear. We have stopped investing — and so did the others by the way — in thermal power generation in Europe and we are investing in renewables,” he said.

“We are adapting to the market,” he said. “We continue to build big power plants in emerging countries: Brazil, Chile, Peru, the Middle East and Asia.”

However the chief executive of Statoil, Eldar Saetre, took a different approach and expressed the belief that fossil fuels were going to be produced “for a long time”.

The conference was organised ìn the run-up to a Paris meeting in December, where nearly 200 countries are due to seal a global climate change pact.