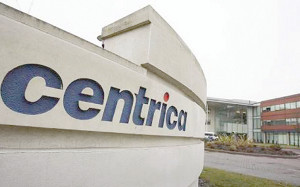 The sale of two gas-fired power plants by UK-based Centrica to Czech-based EPH has been approved by the European Commission with some analysts predicting it as heralding the commencement of larger consolidations in the EU power sector.

EPH has acquired the Langage and South Humber Bank combined cycle gas-fired turbine plants, with a combined capacity of 2.3GW, located near Plymoouth and Stallingborough.

The sale is part of Centrica’s strategy to invest more in the growing home services market andà‚ flexible generation. The Commission said the à‚£318m buyout of the two gas plants by EPH’s EP UK Investments would raise no competition concerns because of the companies’ limited combined market share and the presence of several established competitors.

There is some expectation that bigger deals are in the offing around Europe. Anticipation of mergers and acquisitions has been one of the factors behind a 10 per cent increase in the valuation of European utilities this year, outperforming the broader market by a third.à‚

Johannes Teyssen, chief executive of E.ON, says the case for consolidation is most obvious among traditional thermal generators as they seek strength through scale in the face of rising competition from wind and solar.

“As more and more [fossil fuel] assets are retired, the smaller players will become smaller and less competitive and less able to deliver value.”

Europe’s 12 biggest utilities have written off more than €100bn of assets since 2010, as scores of coal and gas-fired plants have been closed or mothballed. Those that remain have fallen in value.

Growth in renewables has created excess capacity of about 25-30 per cent in the European power sector, depressing profit margins for generators and there is a growing consensus predicting mergers of equals through which companies will share synergies from closing uneconomic plants.