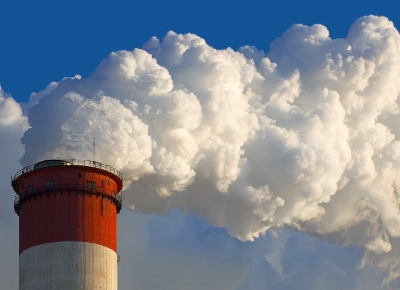 The people behind the CapWa Project recently held a conference on the progress of the technology in the Hague, Netherlands and it included findings on a 5000 MW coal-fired power plant in Israel.

CapWa is an international consortium consisting of thirteen international partners which started in 2010 on the EU funded CapWa project orà‚ “Capture of evaporated Water using novel membranes”. This project aims to realize the production of membrane modules which are capable of selectively removing evaporated water from industrial applications.

The consortium has made important progress to supply the global population and industry with a “new source of water”, that saves energy. Pilots of the promising membranes are currently being tested within the flue gas duct of a gas and coal-fired power plant, a cooling tower of a geothermal well and in a paper mill.

A large source of water is found in the form of evaporated water emitted from different industrial processes, such as coal fired power.

The purpose of the project is to use water capture technology to extract water molecules from any water containing gas stream. This technology makes possible the capture of a new, alternative source of water.

The water captured is of high quality and ready to be used again in industrial processes or to be distributed for other purposes.

By way of relating the significance of that 20 per cent figurer in her presentation Professor Kitty Nijmeijer noted that a 400 MW power plant produces enough water to sustain consumption by 3500 western households.

While the concept is a proven one, the presenters at the conference explained the work that has been done over the last ten years to develop a membrane suitable to meet the project’s objectives.

It is now forecast that the EU project CapWa can produce a commercially available membrane modular system suitable for industrial applications within 3-4 years.

Stefan Uhlenbrook ” UNESCO Professor of Hydrology spoke candidly on the day about the potentially disastrous repercussions if the world doesn’t find ways of preserving water and it provided a real context to the presentations being made. He told the audience that “Approximately 3-7 billion people will suffer from very low water resources in about 40 years, and more and more will live in flood/drought prone areas.”

While the quality of the recovered water is good it has a way to go in the main before being of sufficient quality to drink. The fact remains that there is a substantial amount of fairly clean water vapour in the chimneys. In a world where water management is becoming more and more crucial, both in arid regions and in water rich countries, this evaporated “waste” water might prove to be a valuable source of water.

Ludwin Daal, project manager of water capture technology within DNV KEMA outlined how efficient use of water can be of benefit to the power sector.

“In the next 10 years more than 300 GW of coal fired power plants need to be realized in dry regions like China, South Africa, Australia, but also the USA. In dry regions this water is not readily available or becoming scarce. Water needs to be transported over long distances with costs that go up to EUR10 per m3 depending on local conditions.

Shortage of availability of water is already the case in China causing unplanned down-time. While in the USA authorities in eight states have denied new plant proposals due to water shortages.”