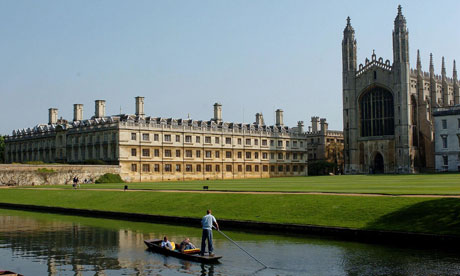 The eco-friendly power plant has failed to make it past the initial stages, despite £25,000 being spent on proposals for the project.

The Labour party in Cambrige was vociferous in its criticism, when it was found that the scheme was unlikely to provide any revenues.

The city council spent about £25,000 working on proposals for a plant to generate heat and power for university, college and municipal buildings, but has now decided the installation costs would be too high.

The project could have cut the heat-related carbon emissions of participating organisations by about 8,000 tonnes annually – about 57 per cent of their total output.

Labour also contended that a scheme allowing ordinary residents to switch to a cheaper energy supplier en masse would have been a better idea.

Cllr George Owers, Labour’s finance spokesman told the Cambridge News: “The council should have spent money on a feasibility study for something helping ordinary people with their bills, not the university, which isn’t suffering as much from the financial situation as other people and can look after itself. It should never have been a priority and now it has turned out that it wasn’t feasible anyway. The fact that money was wasted looking at it is even more disappointing.”

The plant was a partnership with Cambridge University, and could have been built in Queen Anne Terrace or at Mill Road depot.The scheme would have generated electricity for nearby buildings, but would also have stored the heat which was created as a by-product. This would then have been distributed via highly insulated pipes. Eventually homes could have been linked in.

Cllr Tim Ward, the executive councillor for planning, said it had not been unreasonable to spend a small amount of money assessing the merits of the project before embarking on a multi-million pound investment.

Cllr Ward said: “We found that the district heating scheme would work, but would not be practical financially because the university and the city council were looking for a return on their investment and it looked like it might not achieve that or could go negative.