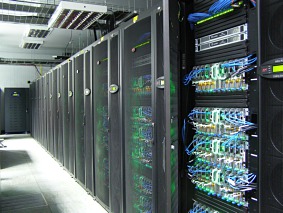 Bristol University, as reported earlier this week, is pioneering a technology which aims to prevent coastal nuclear and coal-fired power plants from being disrupted by swarms of jellyfish.

Dr Erica Hendy, Lecturer in Global Biogeochemical Cycles from the School of Earth Sciences at the University of Bristol, who is heading up the project provided more insight to Power Engineering International on some aspects of the work.

To summarise the jellyfish cause serious problems by clogging the water intakes of coastal power plants. The reduction in cooling water caused by these swarms means coastal power plants have, on occasion, had to run at reduced efficiency or temporarily shut down as a precautionary measure.

This can have an impact on the provision of electricity to customers and incur a significant cost to the supplier.

“The sudden ‘en masse’ appearance of jellyfish has serious consequences for coastal power stations. Large volumes of seawater are needed for cooling reactor and turbine systems. In Scotland 20.2M m3 per day is abstracted by electricity generating stations, which represents 98% of coastal water abstraction.”

“Intake pipes are screened to prevent marine life and debris from being drawn into the cooling system, but can become blocked when jellyfish aggregate. Further issues can develop within the system as dead jellyfish liquefy into a ‘gel’ that can be sucked into plant machinery,” Dr Hendy told Power Engineering International.

In June 2011 the 1200MW Torness Nuclear Power Station, supplying ~ 1/3rd of Scotland’s electricity demand,  was offline for a week following a precautionary shutdown of both reactors in response to the blockage of cooling intake filters by a swarm of moon jellyfish, Aurelia aurita. The problem is not confined to north Atlantic areas.

“It is a global problem; within the same month a second nuclear power station, (Shimane, Japan) as well as a coal-fired plant (Orot Rabin, Hadera, Israel), were both forced to temporarily stop electricity generation because of jellyfish ingress. A persistent difficulty lies in identifying the origin of blooms and when they will appear at a coastal facility and water intake.”

Leading European utility EDF are backing the project, a continuation of ongoing ties with the university.

“EDF and Bristol have had a long research relationship,” says Hendy. “Jellyfish had been mentioned as an area of research interest and in January 2016 Dr Sally Wood and I provided a presentation for EDF demonstrating our work on modelling the dispersal of coral larvae –  EDF staff could immediately see the translation to jellyfish.”

There have been similar attempts to track these and other sea creatures in the past by scientists but the Bristol study differs in certain aspects from its predecessors.

“Particle-tracking model experiments have been applied to determine jellyfish drift and the factors determining bloom distribution for a number of years.” (For example Fossette et al, 2015 and Lee et al. 2013 for Rhizostoma octopus in the Northeast Atlantic; Moon et al. 2010 for Nemopilema nomurai in the East China Sea and Berline et al. 2013 for Pelagia noctiluca in the Liguarian Sea.)

“What is new in our approach is that we use a state-of-the-art biophysical modelling method specifically designed for simulating the dispersal of marine organisms, enabling us to account for species-dependent behaviour such as mortality and movement in the water column.”

“This creates high computational demands and massive data output, (with capability) to track billions of individual simulated particles, and so we use the University’s High Performance Computing Facility; the BlueCrystal supercomputer.”

“Although our approach can be translated to different sites, the modelling would need to be rerun with different input data for each location because the magnitude and extent of jellyfish blooms depends on the biology and behaviour of the species involved, geographic setting and hydrodynamic environment.”


Earlier this week EDF spokesperson Fiona McCall outlined to Power Engineering International the extent of problems caused by the creatures to their Scottish plant five years ago.

“The jellyfish swarm in 2011 meant both reactors at Torness were shut down (unit 1 was taken off for just over 3 days, unit 2 for almost 8 days).  During this time the lost power output was 166 GWh.  Our stations are designed and built to safely and effectively cope with marine ingress but on this occasion the volume of jellyfish was unusually large and our reactors were taken offline to ensure cooling to the reactors was safely maintained.”