Biomass under the microscope 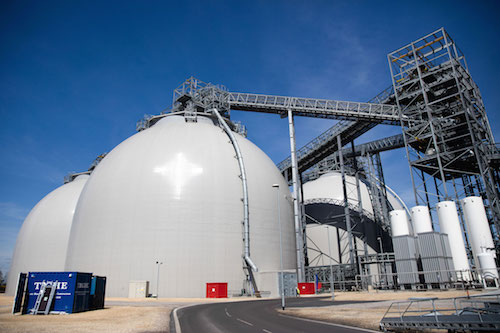 A report from international think tank Chatham House is critical of the status of biomass, specifically wood pellets, in the UK, as it says it produces more emissions than the coal-fired power it is supposed to replace.

The report will draw scrutiny on projects such as the Drax coal to biomass conversion in England. Drax has contested the findings.

The Times reports that Chatham House found that chopping down trees and transporting wood across the Atlantic Ocean to feed power stations produces more greenhouse gases than much cheaper coal. It blames the rush to meet EU renewable energy targets, which resulted in ministers making the false assumption that burning trees was carbon-neutral.

The Times noted that green subsidies for wood pellets and other biomass were promoted by then energy secretary Chris Huhne, who is now European chairman of Zilkha Biomass, a US supplier of wood pellets.

Britain is by far the biggest importer of wood pellets for heat and power in the EU, shipping in 7.5 million tonnes last year, mostly from the US and Canada, while Drax received more than à‚£450m in subsidies in 2015 for burning biomass.

Wood pellets are claimed to be carbon-neutral partly because the forests from which they come are replanted. New trees would eventually absorb as much carbon as was emitted when mature trees were harvested and burnt. However, the report says that this process could take centuries à¢€” too late to contribute to preventing climate change over coming decades.

Mr Duncan Brack, independent environmental analyst behind the report said: “It is ridiculous for the same kind of subsidies that go to genuine zero-carbon technologies, like solar and wind, to go to biomass use that might be increasing carbon emissions. It’s not a good use of money.

“For any biomass facility that is burning wood for energy, unless they are only burning stuff like saw-mill residues or post-consumer waste, their activities will be increasing carbon emissions in the atmosphere for decades or centuries. We shouldn’t be subsidising that.”

Pellet companies and power stations using them tended to claim that most of their wood was residues, Mr Brack said. In fact, about three quarters of the pellets from the southern US came from whole trees and residues accounted for only a quarter.

However, Nina Skorupska, chief executive of the Renewable Energy Association, which represents Drax, in North Yorkshire, is not in agreement with the report’s findings.

“This report hangs on the fallacy that it takes decades for a forest to recapture carbon. That isn’t true . . . Imagine you have 100 trees, all growing 3 per cent bigger per year. You could remove two trees for timber, with offcuts going to bioenergy, and the forest would still absorb 1 per cent more carbon than the year before. There’s no delay involved. This is true whether it’s a hundred trees or a hundred million.”

Drax also responded to say: “The biomass we use is sustainably sourced from working forests where biodiversity is protected, productivity is maintained and growth exceeds what is harvested. We take the low-grade material to make the compressed wood pellets used to generate electricity . . . There is a widespread scientific consensus that this low-value wood is precisely the material which delivers the biggest carbon reductions.”

ClientEarth CEO James Thornton said: “The UK is funnelling mammoth sums into burning wood pellets ” but what are we really paying for? It’s not clean energy. Public money is being used to finance damaging infrastructure lock-in. The government needs to look forward ” the UK needs to manage demand through smart technologies, ramp up efficiency measures and invest decisively in truly renewable energy sources.”