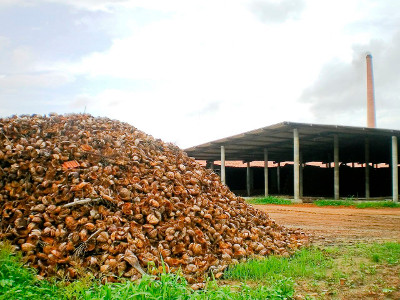 A new renewable energy choice is booming in Brazil.

The nation’s installed power in sugar cane biomass plants has reached 10 GW, according to data provided by the National Electric Energy Agency (ANEEL). This represents about 7 per cent of the total installed capacity in the South American country.

Zilmar de Souza, manager of the Trade Union of Industry Sugar Cane (UNICA), the company that encompasses the Brazilian sugar cane industry, said that biomass doubled two and a half times the average thermal installed capacity based on fuel oil and diesel, and it is about three times that of coal.

The installed capacity amounts to 12,500 MW if other biomass sources such as wood-based generation, other agricultural industries and urban solid waste and animals are taken into account, according to firm’s press release.

According to UNICA, in 2013, 57 per cent of the production of biomass plants was used for consumption by industrial units, while the remaining 43 per cent went to the national grid.

Separately, Companhia Energetica de Sao Paulo (Cesp) has announced that it intends to make a firm commitment to biomass. Cesp could partner with other companies to generate electricity from burning sugar cane bagasse. The state government of Sao Paulo tax incentives apply to the cultivation of sugar cane and other materials suitable for the generation of bioenergy, such as sorghum and corn.

Brazil has 388 plants and biomass-based sugarcane, more than 500 if you add those of all kinds. However, the installation of new plants is expected to wane.

The representative of UNICA estimates that this year 633 MW will be installed in total. But the future is less rosy for the coming years. According to Souza, between 2016 and 2018, “the situation is more cautious” because the average annual increase in bioelectricity capacity will be “only 256 MW.”

The official warned that there is no “specific guideline to stimulate bioelectricity in the regulated market” and that it will be difficult for the market to see huge increases.

In that sense, de Souza has made a call to “define the role of long-term bioelectricity [and ethanol] in Brazil’s energy matrix,” which he referred to as “a prerequisite for using the potential of the sugar cane industry” and avoiding a decline in the annual rate of installed biomass power on the grid.

But despite the difficulties that Brazil may experience in the future, biomass has great potential and is already evident in several countries within Latin America. Combustion of forest residues and other materials such as sugar cane bagasse can be an effective means of generating electricity, and more and more countries are relying on this source.

Chinese company Power Runh will invest about $50m to build a biomass plant, work on which will start this year, according to forecasts by the Argentine authorities. The plant will operate by burning biodegradable waste from vegetation in wooded areas.