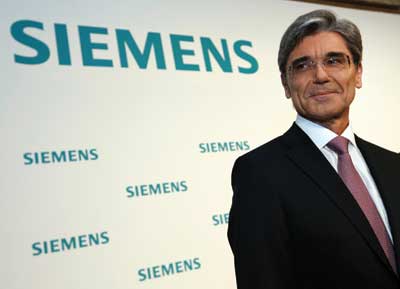 Germany’s biggest selling newspapers have this week provided a telling description of the difficulties associated with the country’s power generation industry.

Fifty-seven traditional gas and coal power plants are set to close in Germany as a consequence of Energiewende, which has substantially eroded the profitability of operating non-renewable power plants.
That figure represents nine more than originally calculated for closure by the end of 2015, Bild tabloid reported on Monday, citing figures from the Federal Network Agency.

Hildegard Màƒ¼ller, head of the German Association of Energy and Water Industries (BDEW), told Bild that modern power plants were an insurance policy against power shortages and deserved to be financially compensated as such.

“The situation for existing power plants is getting worse,” Màƒ¼ller said. “An ice age is looming for the construction of new plants too. Every second planned facility is hanging by a hair,” Màƒ¼ller said.

Meanwhile business daily Handelsblatt reported that an average German household, or one that consumes some 3,500 kilowatt hours in a year, pays about 270 euros annually for Germany’s renewable energy drive.

“The energy transition began with the assumptions that energy costs in this country would remain manageable and remain internationally competitive. Neither have materialized,” Barbara Minderjahn, the chief of Germany’s Association of the Energy and Power Industry (VIK), told the paper.

The Financial Times in the UK has also reported on the troubles of the sector from an EU-wide perspective, noting the new opportunities being diverted to renewable technologies at the expense of conventional power industries.

“The way in which Germany’s energy transition is being handled has made it impossible for us ever to sell our fossil-fuel-related production and solutions in Germany,” Joe Kaeser (pictured), Siemens chief executive, is quoted as saying earlier this summer.

The article notes that utilities are not investing in new coal and gas-fired power technology as existing units are operating well below capacity on sunny and windy days. Surplus German electricity is exported at low cost, which has also deterred new power plant investment in neighbouring countries such as Poland, industry officials say.

Weak power demand, increasing energy efficiency and an uncertain regulatory environment has weighed on spending on conventional power generation, even though fossil-fuel-based plants will be required for years to come to ensure there is no interruption in electricity supplies.

In 2014 the European Union added some 5.6 GW of coal and gas generation capacity but decommissioned almost twice that total. In contrast, some 19.8 GW of solar and wind capacity was installed that year, according to the European Wind Energy Association.

While gas turbine reached 4.5 GW in total ordered capacity in Europe in 2013, that figure is well below the 1 GW mark this year so far. It’s a big fall from the peak of 15.6 GW in 2007, and is being blamed on the cheapness of burning coal imported from the US after the shale revolution there.

Siemens has sold 75 of its top-of-the-range H-Class turbines since 2011, but primarily in the US, South Korea and Egypt; it has sold only three in Europe, including two in Germany.

There has been a well-documented knock-on effect on power equipment suppliers who can no longer make big earnings on service contracts, as more and more plants are mothballed.

“The energy transformation in Germany has led to a completely uncontrolled decline in investment in fossil-fuel-based electricity generation,” Herbert Bodner, then interim chief executive of Bilfinger, told investors in May.

“Uncertainty hinders any willingness to invest. Our customers in the power business segment are in this situation, not only in Germany, but in neighbouring countries too. German energy policy has been infectious.”