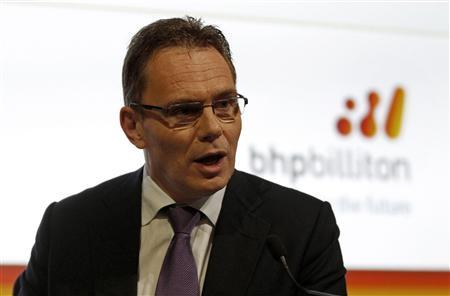 The chief executive of the world’s largest miner by is calling on fossil fuel companies to work together to develop new carbon capture and storage methods.

BHP Billiton is the world’s largest miner by market capitalisation and also produces oil and gas.

Andrew Mackenzie of BHP says that oil and gas groups should stop claiming to be better for the climate than coal. He told the Financial Times, “I still accept the drift from coal to gas is a good thing, but these things happen gradually. We need the power of the whole oil and gas industry, and the whole mining industry, together aligned on this agenda in order to move the needle.”
Echoing a statement from the head of AfDB this week on the merits of funding coal, Mackenzie said advocating a switch to gas from coal as “a very western, rich country solution” to addressing climate change. He argued that developing countries have easier access to coal than gas and will need to “burn coal cleanly” to continue to emerge from poverty.

CCS technology has thus far proved prohibitive in terms of costs but Mackenzie says the fossil fuel industries need to collaborate to make a real impact on the climate change issue.

His comments come ahead of a global climate change agreement due to be finalised in Paris in December. The negotiations are putting fresh pressure on fossil fuels responsible for a large share of global emissions because some countries want to include a target to phase out warming greenhouse gas emissions as early as 2050.

Some oil and gas companies such as Norway’s Statoil have started distancing themselves from the coal industry by arguing the best way to reduce greenhouse gas emissions is to replace coal with gas. Statoil’s website states: “Replacing coal with gas is one of the measures that will yield a substantial and immediate emissions reduction.”

Statoil’s senior vice-president for corporate sustainability, Hege Norheim, said that the group’s view was not an attack on coal, but a statement of fact because gas produced far fewer emissions when burnt than coal.

“There’s a huge difference in their impact,” she said, adding that emissions from gas would also become a problem as time went on.

“It isn’t going to be a solution unless we develop carbon capture and storage,” she said.

Vestas shuts IT systems in response to cyber security incident