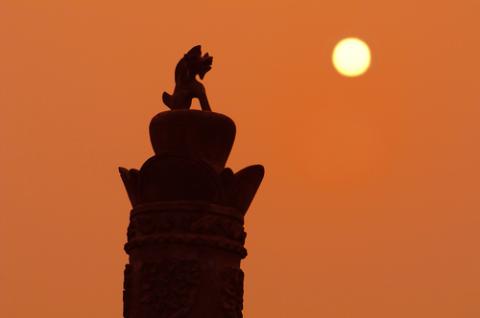 Its part of an overall strategy to reduce the country’s carbon emissions as the government aims to create more electricity from hydroelectric power, solar and wind.

There is also a drive to restart its nuclear power programme.

Emissions fell 2 per cent in China in 2013, the first decline since 2001, according to a Bloomberg New Energy Finance estimate based on preliminary energy demand data from China’s National Bureau of Statistics.

Beijing’s facilities will be replaced by four gas-fired stations with capacity to supply 2.6 times more electricity than the coal plants.

The switch away from coal is estimated to cut carbon emissions of about 30 million tonnes.