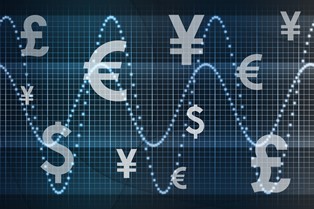 Citigroup, Deutsche Bank and JPMorgan have come under fire in a new report by environmental organisations who claim their sustained backing of fossil fuels goes against the letter and spirit of the recent Paris Climate Change Accord.

But the three financial institutions have delivered billions of dollars in financing for coal, oil and gas companies that is “deeply at odds” with the goals of the Paris climate change accord, the new study, produced by the US Sierra Club, the Rainforest Action Network, BankTrack and Oil Change International, claims.

FT reports that the banks rank among the top North American and European private sector backers of mines, coal power plants and costly oil and gas ventures over the past three years.

Deutsche Bank was t top financer of big coal miners, delivering nearly $7bn between 2013 and 2015, according to the study’s assessment. Citigroup was estimated to have supplied $24bn for large coal power plant operators, making it the largest supporter in this category. JP Morgan Chase is under the spotlight for its $38bn investment in ‘extreme oil.’

The banks themselves claim they are funding a transitionary situation where the economy is sustained, despite moving towards a cleaner environment. Several banks publicly committed to reducing their support for some coal ventures before and after the Paris meeting.

A study by Oxford university academics said in order to have a 50 per cent chance of holding warming to 2C, no new coal or gas power plants can be built after 2017, unless they are fitted with expensive equipment to capture emissions.

Deutsche Bank declined to comment on the report’s findings but said the group had changed its approach to coal financing and supported “a well-balanced energy mix that takes account of economic and environmental considerations”.

“In addition, we more than doubled our clean energy financing to €4.3bn between 2013 and 2015 and have over €7bn in assets under management in sustainable finance funds,” it said.

JPMorgan Chase pointed to its March coal financing decision and past company statements about the need for governments to implement “sensible policies” balancing the need to cut emissions with the importance of economic development.

Citigroup said it would “continue to actively support a transition to a low-carbon economy.

“Power generation in the US and globally is an industry in transition. Electricity produced from coal-fired plants has declined materially and we expect this to continue. We remain committed to working with our clients as they transition to a lower-carbon resource profile.”