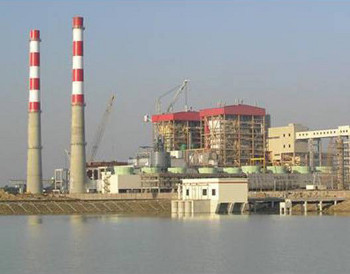 In a move to decrease the nation’s reliance on gas-fired power, work has begun on a new unit at Bangladesh’s only coal-fired power plant.

The 250 MW Barapukuria plant (pictured), commissioned in 2006, is to add another 275 MW to its generating capacity, according to reports. The plant is located in Bangladesh’s northwestern corner, around 20 km east of the Indian border, and currently consists of two 125 MW units.

A joint venture between Harbin Electric International Co Ltd and CCC Engineering China is building the third unit, which is expected to come online by 2018. In the tender document issued in 2014, the Bangladesh Power Development Board said a step-up substation will also be built to transmit the new unit’s power to the grid.

The plant is expected to use 600,000 tonnes of coal per year, largely from a nearby coal mine owned by the Barapukuria Coal Mining Company Ltd.

Around 70 per cent of Bangladesh’s power generation capacity is gas-fired, with only around 2 per cent gleaned from coal. However, the nation’s domestic natural gas reserves are falling fast, and last week Petrobangla, Bangladesh’s state-owned gas company, announced a deal to import LNG from Qatar.