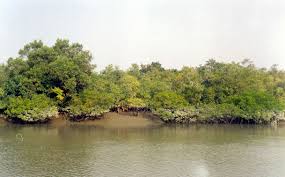 The French banks, Crédit Agricole, Société Génerale and BNP Paribas, say they will not invest in the 1320 MW Rampal power project being developed by a joint venture between India’s National Thermal Power Corporation (NTPC) and Bangladesh’s Power Development Board. The banks cited risks associated with the project.

Under the terms of the joint venture, India and Bangladesh are to each fund 15 per cent of the $1.5bn project, with loans expected to cover the remaining costs.

A report released this month by financial sector tracking group Bank Track detailed the risks for the banks, saying the project shows “serious deficiencies in project design, planning, and implementation and due diligence obligations render the project non-compliant with … minimum social and environmental standards”.

“The project has generated intense controversy and opposition within Bangladesh,” the report said, “resulting in delays of several years.” In addition, it noted that Bangladesh’s planning commission refused to approve the project in 2014 “after determining that it could not legally appropriate the 15 per cent equity funds the power board needs to invest in the project, since the department’s financing policies do not apply to joint ventures”.

The report also stated: “It has been reported that officials fear that actual costs may reach $1.82bn” due to the high additional costs necessary to ensure adequate environmental protection. The project is located 14 km from the Sundarbans Reserve Forest (pictured), the world’s last remaining mangrove forest and a UNESCO World Heritage site, through which the project developers plan to ship imported fuel.

Norway’s state-owned pension fund had planned to invest $55m in the project until it withdrew in March, citing environmental concerns.