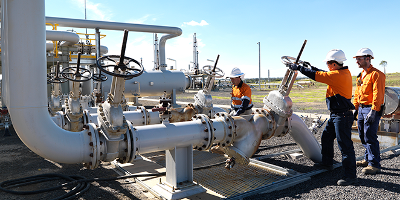 Gas-fired power is set to challenge coal’s dominance in Australia after new research found that investment in gas power new builds has risen by 54 per cent.

The Australian Bureau of Resources and Energy Economics (BREE) predicts that gas-fired power will rise to 36 per cent market share of power supply from its previous 20 per cent share.

Gas-fired generation capacity is highest in Queensland, where there are many upstream gas producers and local laws promote it. Estimates for the Australia’s total proven natural gas reserves have increased this last year by 15 trillion cubic feet (Tcf) to 43 Tcf and a number of new production facilities are coming online in the next few years.

About 90 per cent of Australia’s electric generation in 2011 came from fossil fuel-fired plants, with coal making up 69 per cent of electric power generation, but the trend since 2009 has been to diversify fossil fuel’s overwhelming share with new natural gas, hydroelectric, and other renewable energy sources.

Gas to Power Journal reports that the Queensland Gas Scheme has assisted the upward curve in gas as it requires that 15 per cent of the state’ generation is gas-fired while the Australian government’s carbon pricing mechanism, introduced in July 2012, has a similar role in encouraging gas-fired power.

Under the scheme, liquefied natural gas (LNG) projects will receive a “supplementary allocation ensuring an effective assistance rate of 50 per cent in relation to their LNG production each year”, and they will also have to control emissions during production.