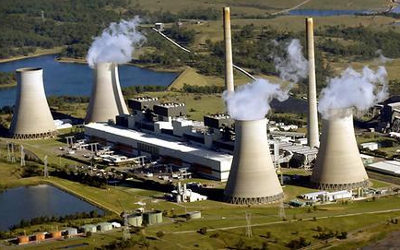 The government of New South Wales (NSW), in Australia, has placed two of its largest power plants for sale.

The coal-fired power plants, run by Macquarie Generation, are the 2000 MW Liddell plant and the 660 MW Bayswater plant.

Treasurer Mike Baird told local media, that two development sites will also be offered for sale, including a site next to the Bayswater power station with planning approval for another coal or gas generator.

The sale is part of a state strategy to raise money for infrastructure projects.

Liddell Power Station is a coal-powered thermal power station with four 500 MW GEC (UK) steam driven turbo alternators for a combined capacity of 2000 MW which was commissioned in the early 70s.