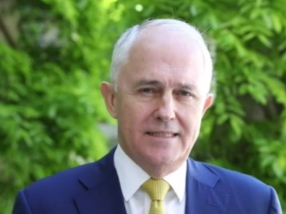 Australia has rejected a renewable energy target proposed by its chief scientist, in favour of a technology-neutral plan aimed at shoring up security of supply.

Under the plan proposed by chief scientist Alan Finkel, the country would have aimed to generate 42 per cent of its energy from renewable sources by 2030.

Instead, the government plans to address power outages through a National Energy Guarantee, which will require energy firms to provide dispatchable power from coal-fired, gas-fired and hydropower plants as well as energy storage. According to the government, efficiency standards for these sources will be enforced in order to limit emissions.

Subsidies for renewables will also be phased out from 2020.

In a video announcement, Prime Minister Malcolm Turnbull (pictured) said the government’s plan will “ensure there is a place for all power sources in the nation’s future energy mix: solar, wind, coal, gas, batteries, pumped hydro”.

“Past energy plans have subsidized some industries, punished others and slugged consumers,” he added. “Our plan has no subsidies, no certificates and no tax.”

And he said Australia can still meet its Paris climate obligations under the government’s plan, while reducing power prices for consumers.

While Finkel reportedly called the plan “credible” and “logical”, saying climate targets could be met via multiple policy avenues, South Australia state premier Jay Weatherill said it was a “complete victory for the coal industry”. And Mark Wakeham, head of climate group Environment Victoria, said Australia now “joins Donald Trump’s United States as one of only two major national governments to remove support for investment in renewable energy and redirect it to aging and polluting power stations”.

In order to comply with the Paris agreement, Australia would need to reduce its emissions by between 26 and 28 per cent on 2005 levels by 2030.

Energy minister Josh Frydenberg was quoted by Australian broadcaster ABC News as saying that coal and gas would generate 64 to 72 percent of Australia’s power by 2030 and 76.5 per cent by 2020. According to Frydenberg, this means that the country will meet its current target of generating 23.5 per cent of its power from renewable sources by 2020.