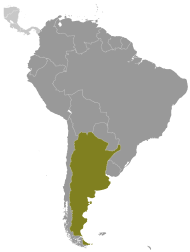 The 240 MW Santa Cruz coal-fired power plant in Argentina is nearing completion. It will be the first plant in the country to be powered entirely by coal.

Telam news agency says that the YCRT-run plant is 90 per cent done and generation tests will take place in December. The $350m project was initially slated to come online 2011.

The Ràƒ­o Turbio mine with reserves of 427Mt with 734Mt in total resources will feed the plant, according to state coal development firm YCF.

Earlier this month there had been speculation in local media that the plant’s fuel supply was not fully guaranteed, prompting a statement from Argentina’s mining minister Jorge Mayoral, denying the claims.

Work is also underway on a 220kV interconnection line, stretching 149km between the towns of Ràƒ­o Turbio and Esperanza, and a new substation in Ràƒ­o Turbio, both of which are expected to be completed by end-2014.

This transmission project will allow for the 240MW thermo project to inject power into the SADI grid.

The only other power plant in Argentina which uses coal is AES Argentina’s 650 MW San Nicolàƒ¡s thermo plant outside Buenos Aires, which also burns fuel oil and natural gas.