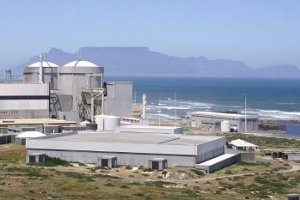 The Koeberg nuclear power plant is to be upgraded with six new steam generators as the South African government continues to improve its nuclear power capacity.

Areva (Euronext: CEI) has been awarded the contract to replace the generators, according to state utility. Installation is expected to be completed at the Cape Town facility in 2018.

The refit is part of a programme to install up to 9600 MW of new nuclear power by 2030, as Africa’s largest economy tries to overcome chronic electricity shortages and slow greenhouse gas emissions.

The vast majority of South Africa’s electricity is generated from coal and the government is struggling to ensure that supply stays a step ahead of growing demand.

The 1800 MW Koeberg is the only nuclear power station in Africa and its two reactors provide around 5 per cent of South Africa’s power.