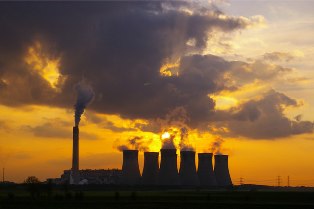 A 53-year old coal-fired power plant in northern England is being considered for closure as the owners say carbon taxes have made the facility economically unviable.

The Eggborough power plant may close in March 2016 and around 240 jobs at risk.

“A continued fall in power prices driven by the decline in commodity prices, combined with continued high carbon tax, means that Eggborough is unable to cover its future operating costs,” Eggborough Power Limited said in a statement.

Eggborough Power Limited is owned by Czech energy company EPH, which completed its purchase of the business in January.

Reuters reports that British wholesale power prices have fallen around 9 per cent since the beginning of the year, while costs soared after Britain’s carbon tax doubled this April.

Coal plants emit almost double the amount of CO2 per megawatt produced as gas plants, so they have been hit hard by the tax.

Eggbrorough Power said it would need additional funding of around à‚£200m over the next three years to keep the plant running.

The 2 GW plant has the potential to provide power to around 4 per cent of Britain‘s homes, but while the government said the news was “disappointing” it asserted that security of electricity supply was unaffected by the potential plant closure.