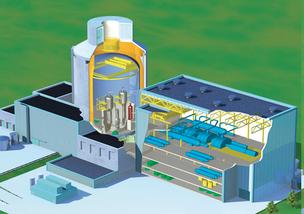 Beijing’s plans to significantly grow its nuclear power installed base has taken another step forward with approval being granted for a new $5.1bn power plant in Shandong province.

The Chinese Ministry of Environmental Protection (MEP) approved the construction of two new nuclear reactors in the eastern province and China hopes to be the first country to install the new third generation Westinghouse AP1000 reactor design at the facility.

China is keen to develop its nuclear capacity, not just as a means of powering its growing economy, but also in order to tackle the smog problem that is choking some of its cities as a result of coal-fired power plants.

The country currently has 14.6 GW of nuclear capacity but it plans to scale up nuclear reactors to a combined installed capacity of 58 GW by 2020. It then hopes to nearly triple that figure to 150 GW by 2030. It has 31 reactors under construction and about 8.6 GW are expected to come online in 2014.

Nuclear power only accounted for around 1 per cent of China’s electricity in 2012, compared to two-thirds coming from coal. And even if China meets its 2020 goal of 58 GW of installed nuclear capacity, it will account for only half of what the US has installed today.

Oilprice.com reports that the only threat to greater development of nuclear power generation in China is the potential the country has for gas-fired power if it succeeds in developing it’s shale gas field possibilities.