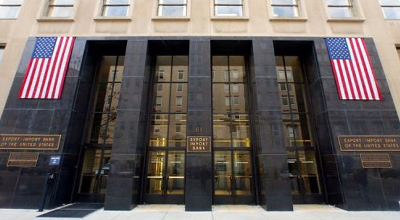 The Export-Import bank has become the latest bank to announce that it has ended the financing of coal-fired power plants overseas.

The Ex-Im bank’s new guidelines are in line with the US government’s position. The bank stated that it will no longer fund “high carbon intensity plants” unless they are located in the world’s poorest countries where no other practical power alternatives exist or if they employ carbon capture and sequestration technology.

The Ex-Im bank joins several other major lending banks à¢€” including the World Bank, the U.S. Trade and Development Agency, the European Investment Bank and the European Bank for Reconstruction and Development (EBRD) à¢€” in shifting away from financing coal plants overseas. The EBRD cited coal’s impact on climate change as reasoning for their announcement.

Bloomberg reports that since 1994, the Ex-Im bank has spent about $3.4bn on coal-fired power plants. That’s less than the World Bank, which spent about $5.3 billion, a value topped only by the Japan Bank For International Cooperation, which hasn’t announced an end to its coal financing.

There are still private financing avenues available for coal projects. Last week, the Asian Development Bank announced it would be lending $900m to finance a new coal plant in Pakistan.