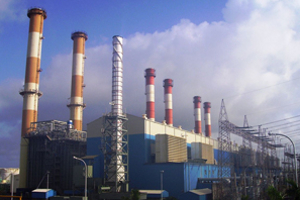 German gas and coal power generators will be rewarded by the government for maintaining the country’s energy security, according to Patrick Hummel, an analyst with Swiss bank UBS (SIX:à‚ UBSN).

Mr Hummel told Bloomberg that the German government is likely to reward hard coal and natural gas-fed power plants for operating during hours of high demand or low renewables output, something he says will be an inevitability by 2017.
“Politics and the regulator have to create an additional source of income, which remunerates the availability of the plant rather than the actual output,” Hummel said, adding that an increasing number of gas and hard coal plants will no longer be able to recover operating costs by producing and selling electricity at market rates as prices and operating hours shrink.

Germany gives priority grid access to renewable energy and a surge in supplies has pushed down electricity prices and the number of hours thermal generation is needed to meet demand. The plant payment system would create a so-called capacity market that would allow utilities to fix prices for guaranteeing backup power supply in advance.

Germany will have opened six more coal power generation plants by the end of this year to add to the two opened in 2012, with four more set to commence by 2020.

By the end of this year the country expects the six designated plants to provide a combined capacity of 5800MW, enough to provide 7 per cent of Germany’s electricity needs.

Taken together with those opened last year in Neurath and Boxberg, they will be capable of supplying 19 per cent of the country’s power.

In addition, 27 gas fired stations are due on line, which should contribute a further 17 per cent of Germany’s total electricity generation