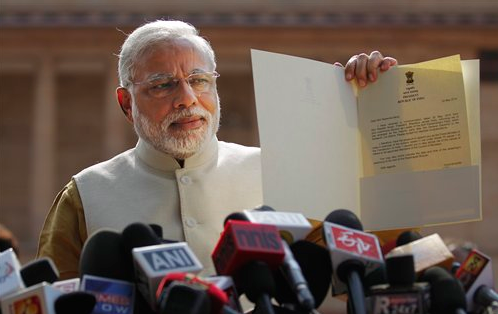 Investors are continuing to respond to India’s ambitious power generation programme, with a Japanese investor pledging to spend as much as $20bn in increasing the country’s solar capacity.

SoftBank Corporation, together with Bharti Enterprises Pvt. and Foxconn Technology Group intend to make the investment in line with Prime Minister Narendra Modi’s plan to expand clean energy output about fivefold by 2022. Modi aims for India to have 100 GW of solar power at its disposal, up from the present 4.1 GW.

It’s part of his policy drive to end the power blackouts that have stifled the economy, as well as ensure universal access to electricity for all Indians.

SoftBank’s billionaire founder Masayoshi Son said his company will control the venture, with Bharti and Foxconn having minority stakes.

India needs to find around $94bn to pay for a clean-energy overhaul that reduces India’s reliance on coal-fired plants. Son’s venture, if successful, would account for a fifth of Modi’s objective.

The business case for expansion of India is appealing according to the Softbank owner, who made comparisons with Japan.

“Twice the sunshine, half the cost; that means four times more efficient,” Son said. “So it makes a lot of sense to create large scale solar power generation.”

He added that SoftBank can bring its experience of the solar industry in Japan to India, adding the company has invested $1 billion in Asia’s third-largest economy in the past nine months.