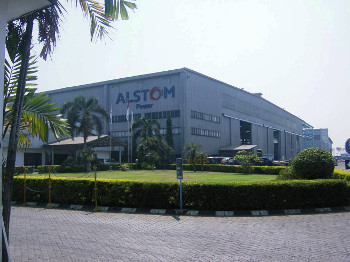 Alstom could invest between $10m and $20m in its Indonesian operations, a senior company official has said.

Andreas Lusch, Senior VP and head of Alstom’s steam and nuclear business, was quoted by the Jakarta Post as saying that the firm’s Indonesian energy unit would shift its focus from exports to the domestic market, and aims to expand its boiler and heat recovery steam generator factory in Surabaya, East Java with the aforementioned investment.

At present, the factory’s products are largely exported to Europe and other Southeast Asian countries, but the global downturn in business has forced Alstom to look to the domestic market, where it has traditionally been challenged by cheaper Chinese goods.

According to Lusch, Indonesia’s plan to develop 35 GW in power projects is good news for Alstom. “We’re looking for coal-fired and gas-fired projects,” he told the Jakarta Post. “Coal projects are usually the biggest, as we specialize in high-tech, ultra-supercritical and very high capacity power plants.”

He added that winning domestic contracts would lead to an expansion of the Surabaya factory’s capacity.

“If we have a share in new projects, we will invest. It will depend on the volume, but we see these figures as a reasonable investment,” he said.

Alstom recently won a $68m contract to supply and install the 30 MW Karaha geothermal power plant West Java. Under the contract’s terms, Alstom will design, supply, install and commission the plant for owner PT Pertamina Geothermal Energy2, and it is expected to come online in 2016.