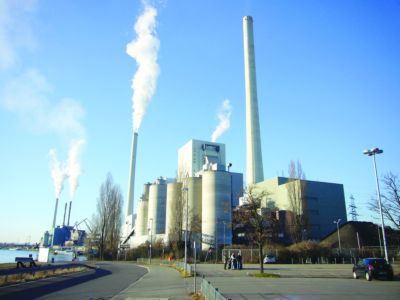 Unit nine of the Grosskraftwerk Mannheim (GKM) coal-fired power plant in southwest Germany is to come on line in the middle of 2015.

The activation of the unit at the plant, whose shareholders include RWE, EnBW and MVV, will occur following the decommissioning of units three and four, which total 405 MW.
ICIS online reports that the Baden-Wurttemberg coal-fired plant’s installed capacity currently stands at 1.52 GW, but not all of its production is sold on the market. The plant has 190 MW of capacity available for the production of single-phase railway power and the plant generates about one-tenth of the power needed by German railway, according to its operator.

“As Deutsche Bahn intends to continue sourcing power from GKM in the future, it has secured a contract for around 100 MW of capacity from unit nine,” said a spokeswoman for the plant’s operator to ICIS on Friday.

Several large coal power units are about to come on line in Germany. The 731 MW Wilhelmshaven plant of GDF Suez and Vattenfall’s Moorburg A and B coal CHP units with capacity of 1.66 GW are in testing phase.

At the same time, the launch date of RWE’s 800 MW Westfalen D and E.ON’s 1.06 GW Datteln 4, which were both earlier scheduled to come on line in 2011, is unknown. Westfalen D is suffering from technical problems and Datteln 4 has been delayed due to legal challenges.